Oxford airport and Osprey CSL recently hosted a stakeholder meeting at which a redesign for a proposed large area of restricted airspace surrounding the airfield was described in detail (see illustration based on the presented design). The GA Alliance (GAA) including the BGA was represented at the meeting alongside others from BGA clubs and the wider GA community. During the meeting, it was noted by Oxford that some 98% of consultation respondents opposed the consulted airspace design. The revised design replaces previously proposed CTR Class D airspace with a TMZ and RMZ from the surface to 3500′ alt. The idea is that pilots with a transponder may use a published transponder code and enter the TMZ under TMZ rules. An aircraft without a transponder could be given controller permission to enter the TMZ by using radio under RMZ rules.

Those present at the meeting responded to the proposal noting a number of significant concerns about the design, not least of which is the safety of those flying outside the restricted airspace and the impact on other airfield operators and transiting aircraft. The sponsor has agreed to consider the feedback supplied at the meeting before a final submission is made to the CAA. 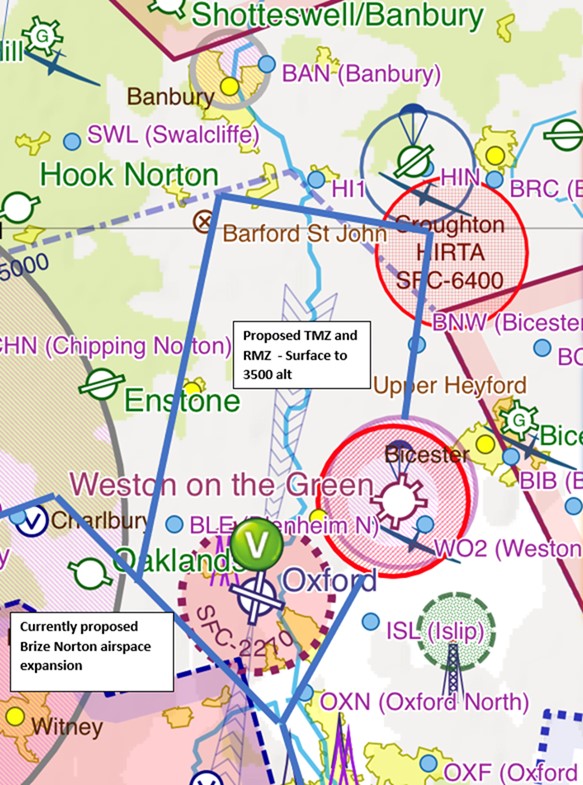 Next
All Airspace News
Previous