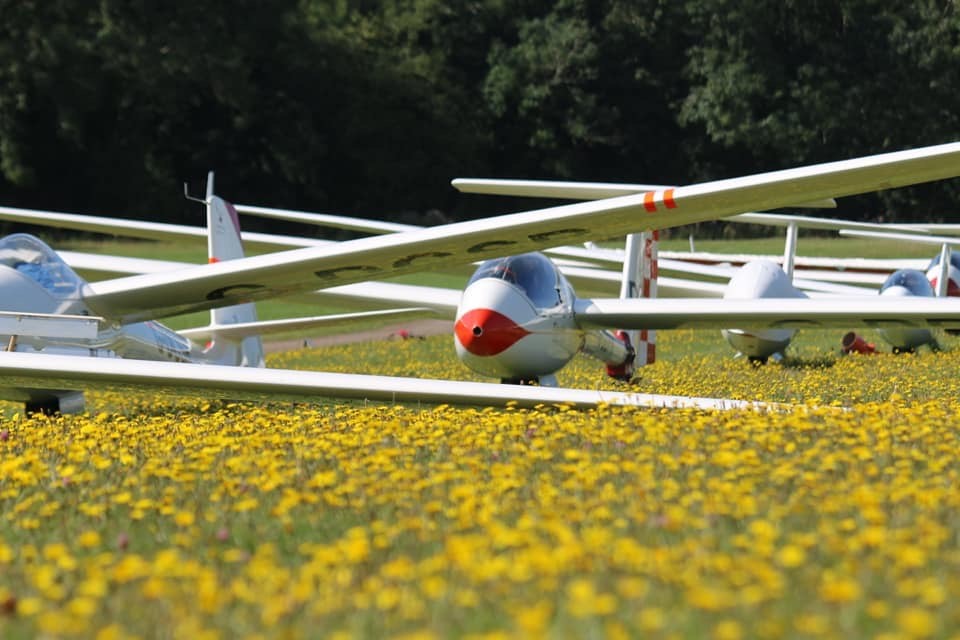 Gliding is an air sport where the fundamental aim is to fly without using any energy other than that generated by the sun and wind.

The British Gliding Association is an environmentally conscious organisation and as such we acknowledge the potential impact that our operation may have on the environment. The FAI, the international body for all air sports including gliding, notes that ‘one of our aims is to find ways to reduce any negative effects air sports have on people, wildlife and the world itself, while protecting the right of aviation enthusiasts and fans to continue enjoying their chosen disciplines’.  You can read more here.

Gliding is delivered by BGA member gliding clubs that are operated independently, ie with their own governance and management systems that are informed by BGA operational regulations, policies, guidance and good practice.

Approximately 250,000 glider flights take place each year from the 80 gliding clubs around the UK. 70% of the annual total of glider launches are delivered through ground-based winch launching which is increasingly fuelled by LPG (which has a low fuel emission rate). Towing aircraft are used primarily where winch launching would be unsuitable for operational and safety reasons. Older towing aircraft are progressively being phased out and replaced with modern, quieter and more efficient towing aircraft. The number of electrically powered self-launching or sustainer equipped gliders is increasing year on year (2% of the total in 2019). You can read more about the electric motor technology used in gliders here. A winch launch typically consumes a litre of LPG, an aerotow typically consumes around five litres of petrol.

The gliders that have been launched will typically remain airborne for hours using the sky’s natural energy whilst of course using no fuel with zero emissions.

The BGA is committed to encouraging and supporting gliding clubs to be environmentally conscious, to acknowledge the potential impact that their operation may have on the environment, and to operate in so far as reasonably possible aligned with the BGA Environmental Commitment. 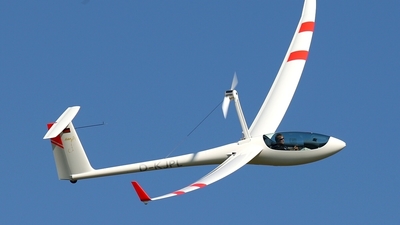 As an organisation, the BGA is committed to ensuring that it complies with all environmental legislation, codes of practice and guidance produced by regulatory bodies where these are applicable and relate to the identified environmental aspects; strives to integrate environmental best practice into its business operations; prevents avoidable pollution; minimises waste to landfill by reducing waste generation and by segregating and recycling waste where it is economically and operationally feasible; uses energy, water, materials, and other natural resources as efficiently as possible, giving regard to the long-term sustainability of consumable items; and minimises the environmental impact of supplying its services.

Our commitment is communicated to all BGA staff, volunteers and BGA member gliding clubs, who are expected to co-operate and assist whilst ensuring that their own activity, so far as is reasonably practicable, is undertaken with due consideration to the risk to themselves, others, and the environment.

The UK government has a target of net zero emissions by 2050. Aviation has its part to play.

Gliding is an air sport that represents a low impact on the environment. Increasing numbers of electrically powered gliders, more efficient aerotowing aircraft and use of LPG in winch launching are all currently contributing to a long-term net reduction in emissions by the sport.

During 2020, the first flight by a hydrogen fuelled light aeroplane took place in the UK. We look forward to seeing this technology evolve as an affordable glider launching option.

Whilst reducing emissions is ideal, ‘offsetting’, ie compensating for carbon dioxide emissions by participating in schemes designed to make equivalent reductions of carbon dioxide in the atmosphere, is an option.

The cost of carbon offsetting varies greatly depending on the scheme used. As reported by AOPA UK, there is advice on the types of project that a pilot might support at www.ethicalconsumer.org. One company, Carbon Footprint, offers a range of schemes and provides a certificate to confirm the detail.

Individuals can estimate their C02 emissions. By way of illustration, if a glider pilot takes 20 aerotow launches per year and those launches consume 90 litres of petrol with a fuel emission rate of 2.2, the annual C02 emissions from gliding for that pilot are (90 x 2.2)/1000 = 0.198 tCO2e. 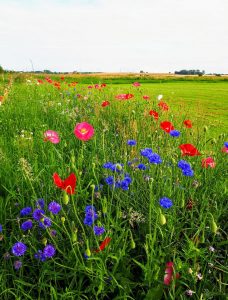