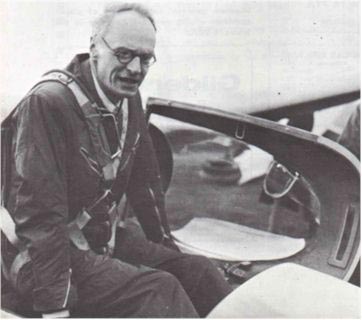 The Philip Wills Memorial Fund (PWMF) is a fund established in 1978 in memory of the late BGA President, Philip Wills, to encourage “the promotion of sporting and recreational flying in gliders”.

To date, the Fund has achieved its objectives largely by making loans to BGA clubs at favourable rates, to help them with capital projects such as the purchase of land or equipment. However, the Trustees have a sufficiently wide brief to enable them to provide a variety of forms of financial assistance to clubs and individuals.

If you or your Club have other proposals which you think should be considered by the Fund, or if you would like to investigate a club loan, please feel free to contact any of the Trustees, whose details can be obtained from the BGA office. A loan application forms is available here.

Finally, a legacy in your will would enable the trustees to expand their activities for the benefit of future generations of glider pilots. Any such legacy should be in favour of  “The Philip Wills Memorial Fund, c/o the British Gliding Association”. Please contact any of the trustees (as above) if you would like to discuss this further.