Whilst UK airspace is safe, the UK airspace structure is widely recognised as being inefficient.

To ensure that the needs of all airspace users are reasonably met and to restore balance, the BGA believes that the way lower airspace is designed and managed needs to change. A strategic approach needs to be adopted in partnership with all airspace users, with a more assertive and effective CAA overseeing compliance with newly developed modern airspace policies and standards that are fit for purpose. The report that followed the Lord Kirkhope inquiry into the UK’s lower airspace provides useful direction.

The BGA is working towards those aims with all other stakeholders including the Government and Regulators. For more detail see Consultations and Representation.

A Government directed Airspace Modernisation Strategy (AMS) aims to redevelop UK airspace over the next twenty years. You can read more from the CAA here.

NERL (part of  NATS, a corporation that provides air navigation services including for all en-route upper airspace) has already started to establish modernised upper airspace above 7000′.

Lower airspace, ie below 7000′, is more of a problem. Unlike in most other countries, in the UK there are numerous Air Navigation Service Providers (ANSPs) who are all keen to meet the needs of their airport funders, many of who are in competition with each other. That results in significant challenges when trying to make the UK’s airspace more efficient. It is also difficult for GA to engage with and obtain a candid and joined up view of airport and ANSP needs.

Under pre-2021 airspace modernisation plans, lower airspace issues were overlooked. Post 2021, the CAA has stated a need to address lower airspace within a revised AMS and are actively engaging with GA, including the BGA. The AMS includes 15 headline elements/projects.

Two of the AMS projects that are underway are FASI-S and FASI-N. These huge airspace infrastructure projects involve multiple airports submitting multiple airspace changes, including to link up with the upper airspace currently being redesigned by NERL. These airports are being encouraged to work together to develop integrated airspace designs. The resulting ACPs will result in the need for a significant response effort by GA organisations. The FASI-N and FASI-S projects are being co-ordinated within a masterplan by the Airspace Change Organising Group (ACOG). It is possible that other elements of the AMS will also be influenced by ACOG as they impact on the FASI projects, particularly in lower airspace. 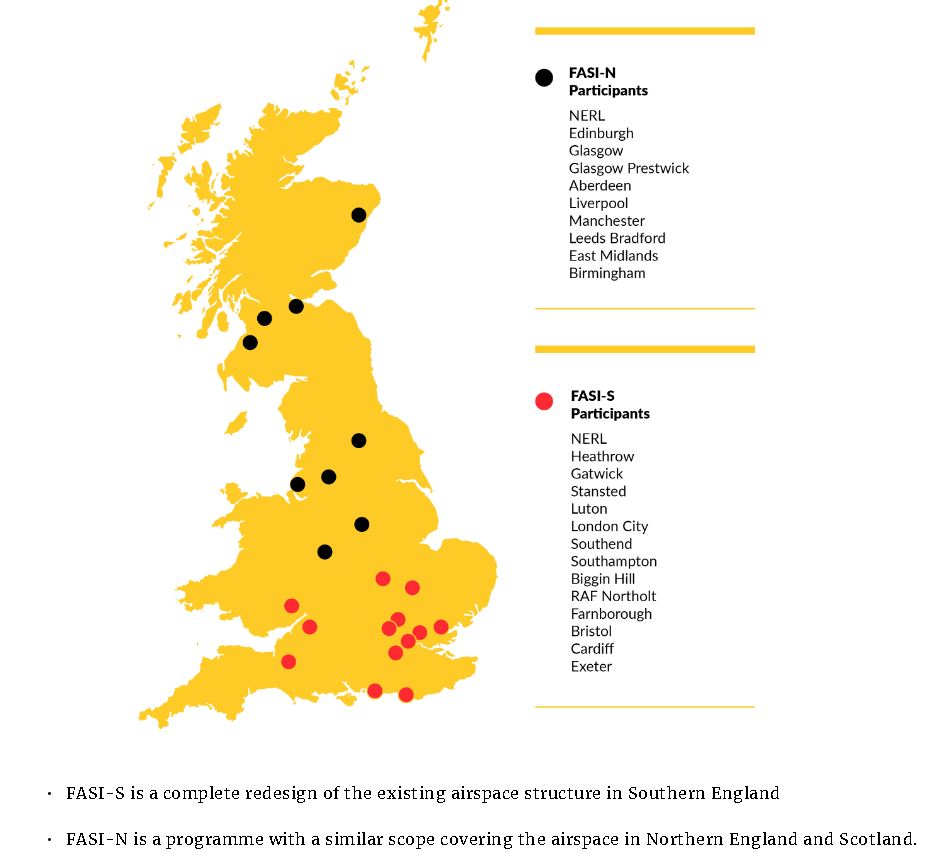 The BGA is involved with most ACPs that impact on gliding. Where possible, we respond alongside or as a part of a GA Alliance response.

Club airspace officers are encouraged to get involved with tracking potential airspace issues that may result in ACPs.

Airspace change proposals under CAP725 can be viewed here.

Airspace change proposals under CAP1616 can be viewed here.

The CAA airspace department can be contacted here.